Only a few minutes from Saratoga Springs, atop Mt. McGregor, stands the historic Grant Cottage, where our 18th president, Ulysses S. Grant, spent his last days before passing away on July 23rd,1885.

Suffering from the devastating effects of lung cancer that ravaged his body, as well as financial disaster that had befallen his family, Grant worked diligently on the memoirs of his command over the Union Armies and the Civil War he and his soldiers had fought so courageously. Not only would he pen his thoughts on the historic times he had lived through while he rested at the country cottage, he would also work hard to find a publisher, securing an income for his remaining loved ones after he was laid to rest. In fact, it was Mark Twain, a close friend and confidant, who agreed to publish the work for Grant, after learning that another publisher had offered to buy the memoirs at a ridiculously low price.

Today, the Victorian cottage stands just as Grant left it. Each room has his mark and feel of his spirit on it. From copies of his original writings, to gifts brought by well wishers when they came to see him, to some of the strong medicines that were administered as the pain became to much to bear, one can picture his life there. The dark leather chairs he sat and slept in, after lying down proved to be impossible, face a curtained window that offered him a view of the outside world.

Actual flower arrangements sent to honor him as he lay in state, have been preserved and stand in a room off to the left of the bed and parlor where he finally succumbed to the dreadful disease. Every clock on the fireplace mantle was stopped by a family member at the moment our president passed away.

Anyone visiting today can watch a short, detailed video about the President and the Civil War. They can take a guided tour through the cottage to see and imagine an important part of American history. Afterwards, they are welcome wander down a well - shaded path through the woods to the overlook, where Ulysses enjoyed the landscape that includes the Lower Champlain Valleys, the upper Hudson, and other places rich with the blood of history. 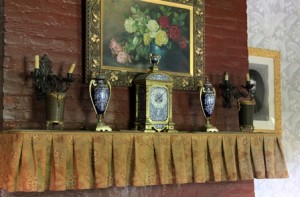 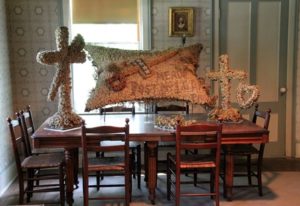