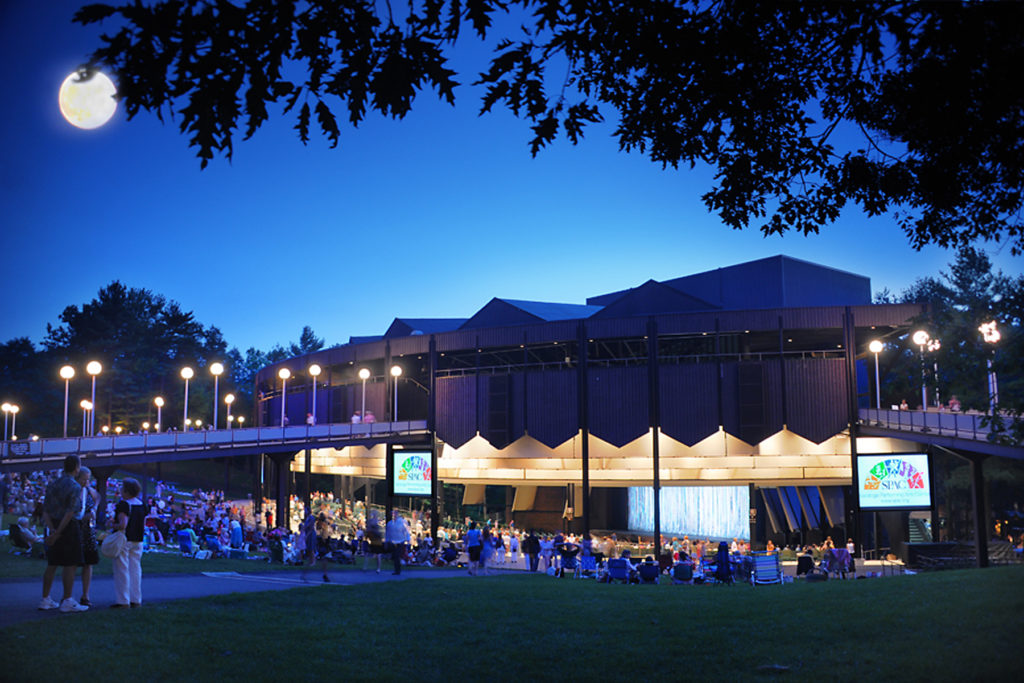 Saratoga Springs, NY— The Saratoga Performing Arts Center (SPAC) was named Best Outdoor Music Venue in a USA Today and 10Best readers’ poll. The competition included 20 outdoor music venues from across the United States that had been handpicked by USA Today as the Top 20 Outdoor Music Venues. The polling to find the top venue ran for a month and ended on Monday, June 8th. The poll results were announced on Friday June 12th.

Even Sawyer Fredericks, recent winner of The Voice and Fultonville, NY native, helped SPAC to win the poll by voting on the venue’s behalf and asking his followers on Twitter to do the same. Sawyer wrote in an email, “Congratulations SPAC!! I loved performing there, the sound is incredible for an outside concert, and it's just a beautiful park, too."

“We are honored to have been selected the “Best Outdoor Music Venue” by USA Today and 10Best readers” said Marcia J. White, President and Executive Director of SPAC. “I feel that this recognition speaks to the exceptionality of the depth and breadth of our musical offerings, the beauty of our setting in the historic Saratoga State Park, the acoustical excellence of our amphitheatre, and the social scene on our lawn. Through the world-class performances of our beloved resident companies, The New York City Ballet, The Philadelphia Orchestra, and the Chamber Music Society of Lincoln Center; our Jazz Festival artists; and our Live Nation artists, we offer our audiences the best in music, enveloped in an idyllic summer setting. I would like to thank each one of our friends and supporters who voted on our behalf and enabled us to receive this recognition.”

The Saratoga Performing Arts Center is highly regarded for its outstanding acoustics. Yannick Nezet-Seguin, Music Director of The Philadelphia Orchestra, has spoken in interviews of his surprise the first time he conducted the Orchestra on the main stage. “Nothing prepared me for the first time I stood up and started to conduct because the acoustics are so unbelievably good. I had to stop for a second and ask the orchestra, ‘this is amplified right?’ And they said no, its just the way the stage is designed.” SPAC’s recognition as Best Outdoor Music Venue includes its collaboration with Live Nation as well as its resident companies and its annual Freihofer’s Saratoga Jazz Festival.

“I am so proud to be part of such a great team -- Live Nation and SPAC -- that the concert public recognize as being number one. We both care very much about the concert experience,” said Jim Koplick, Live Nation President of Connecticut and Upstate New York.

Danny Melnik, Producer at Absolutely Live Entertainment, who works with SPAC to produce the Freihofer’s Saratoga Jazz Festival said of the venue, “The artists love playing at SPAC because the audience is so responsive and appreciative. There's a warm and intimate feeling in the amphitheater. It can sometimes feel like a club. And then there's the beautiful lawn with its majestic trees. SPAC simply has it all."

Runner up to SPAC is the Red Rocks amphitheatre in Denver, CO, known for its excellent acoustics. Among the top ten winners were the Merriweather Post Pavilion in Columbia, Md, the Starlight Theatre in Kansas City, Mo., the Klipsch Music Center in Noblesville, Ind., the Greek Theatre in Los Angeles, the Crosby Theatre in Santa Fe, the Blue Hills Bank Pavilion in Boston, the Nikon at Jones Beach Theater in Wantagh, N.Y. and the Snow Park Outdoor Amphitheater in Park City, Utah.