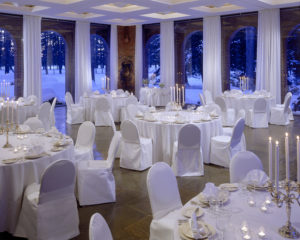 As summer yields to fall, Empire State groups can access a wide range of agenda-boosting autumnal experiences. When winter comes, another abundant product set kicks into gear, ranging from Olympic venues to cultural escapes from the cold. It’s a great time of year to fall in and chill out with New York....

“As soon as the race season ends on Labor Day, we transition into our fall and winter convention season, when groups have a whole new set of reasons to meet in Saratoga,” said Todd Garofano, president of the Saratoga Convention and Tourism Bureau.

These include a run of events, such as this month’s Saratoga Wine & Food Festival, Saratoga County Winter Restaurant Week and First Night Saratoga in December. Read More