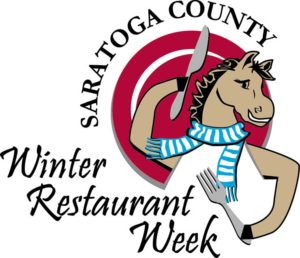 A seven-day celebration of culinary creativity and craft presented by the Saratoga Convention & Tourism Bureau and Driscoll Foods, in conjunction with restaurant owners and operators in Saratoga County, Saratoga County Winter Restaurant Week allows dining patrons an opportunity to enjoy a three course, prix-fixe dinner (including an appetizer or salad, a dinner entrée, and a dessert) from $10, $20 and $30 (plus tax and tip). Several restaurants are also offering lunch specials for $5 or $10 (plus tax and tip).

But Restaurant Week is about more than a fine meal, which you are sure to get! Many lodging properties are offering special rates for hotel rooms so diners can create an overnight package and experience more than one great dining venue. Check our website at DiscoverSaratoga.org/RestaurantWeek for a complete list of special promotions going on during the week!

Todd Garofano, Bureau president said, “We are proud to partner with Driscoll Foods, and all of our sponsors, to bring back Saratoga County Winter Restaurant Week for its 11th year. With such a diverse offering of dining experiences available, visitors and locals alike can choose from over 50 participating restaurants throughout Saratoga County. And with several area hotels offering special rates for Restaurant Week, visitors come from all over the Northeast to dine, stay & shop Saratoga during this popular week.” 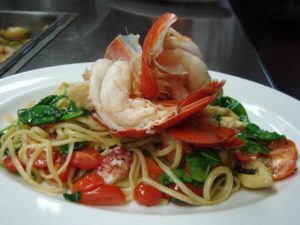 For details about Saratoga County Winter Restaurant Week, menus, and a list of all participating restaurants, please visit DiscoverSaratoga.org/RestaurantWeek or call the Saratoga Convention and Tourism Bureau at 518-584-1531.

Don’t forget about the Toys for Toga campaign! Donate a new and unwrapped toy at participating businesses to support those in need. See the website for more a list of locations and more details!

For social media efforts, the Saratoga Convention & Tourism Bureau is promoting using these hashtags: #SaratogaRestaurantWeek and #ToysForToga. Like us on Facebook at www.facebook.com/saratogarestaurantweek.