Read More
Back to previous 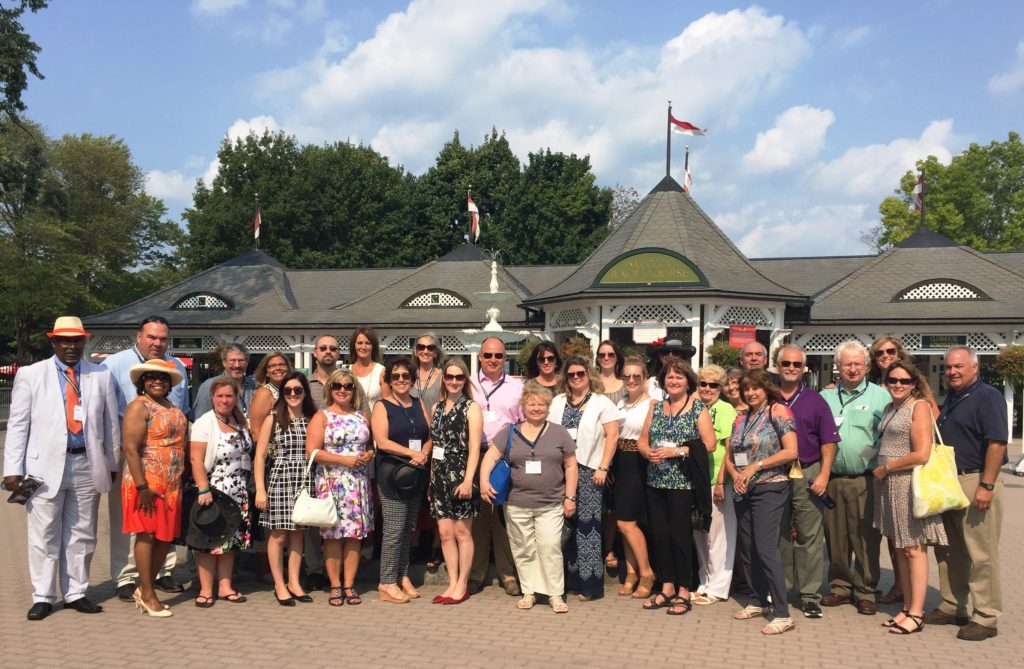 SARATOGA SPRINGS, N.Y – The Saratoga Convention & Tourism Bureau (SCTB) and Saratoga hospitality community hosted a very successful two and a half day familiarization (FAM) tour August 30-September 1, 2015 for qualified meeting and event planners as well as industry media. The annual tour educated and informed planners who have never been to Saratoga personally or may have been but needed to learn more about Saratoga as a meetings & convention destination. In all cases though, each planner had potential group business for Saratoga.

“FAM attendees came from throughout the Northeast and Mid-Atlantic region. There were nearly two dozen planners (some also brought guests) who came to our beautiful city and learned so much about our destination and what we can do for them as a bureau. Participating lodging & hospitality partners were present at all of our events as well to co-host and answer any questions regarding their specific property or attraction”, said Todd Garofano, convention bureau President.

"I just wanted to drop you a note thanking you for such a wonderful time in Saratoga. You and your team put so much work into everything you do and it truly shows. Congratulations to you and everyone involved for making the FAM Tour such a success! Every little detail helped create an amazing experience. We were so happy that we got to be a part of it all…”- Becky Miller, Capitol Hill Management Services, Inc.

Garofano continued, “The Annual FAM is one of the most important strategies we employ each year to attract new business. Our sales team will be following up with each of this year’s participants to process feedback and, more importantly, bring some great new meetings & events back to Saratoga!”

During the opening reception, held at Saratoga National Golf Club on Sunday, Diane DiMaggio – Global Business Development Director for Successful Meetings presented a plaque to the staff of the Saratoga Convention & Tourism Bureau for winning a 2015 Pinnacle Award. The award recognizes top performing bureaus from around the world as nominated by the readers of the industry publication. This is the Bureau’s 2nd Pinnacle Award and 3rd national industry recognition in 3 years!