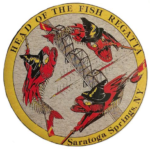 SARATOGA SPRINGS, N.Y. – As Saratoga Springs gears up to welcome over 200 teams and over 2100 athletes for the annual Head of the Fish regatta on Fish Creek at Saratoga Lake this weekend, the Saratoga Convention & Tourism Bureau and Saratoga Rowing Association are working together to improve the fan experience.

New this year! Complimentary shuttles, underwritten by the SCTB, to and from Saratoga Lake to downtown Saratoga: Saturday, 10/31 and Sunday, 11/1 from 10 AM - 4 PM. Pickup/Drop-off locations will be from Saratoga Lake – Directly in front of site of future SRA building, near State Boat Launch entrance and from Downtown Broadway – Directly in front of Saratoga Springs Visitor Center.

Todd Garofano, President of the Saratoga Convention & Tourism Bureau states, “The intention of the shuttle is two-fold, parents and fans here to watch their athletes compete often have long periods of time in between races and search for things to do. They can take advantage of the shuttle now to come downtown to shop, dine or stroll. And for those folks here visiting that are interested in watching an amazing free event, they can take the shuttle to the regatta site and not worry about finding a place to park. It really is a win-win”

Katherine Smith, Board President of Saratoga Rowing comments, “We're excited about the new shuttle service for this year's Head of the Fish. It will provide an efficient way for visitors to experience a little more of Saratoga and I also really hope local families will use the shuttle as an opportunity to come see what a regatta is all about. First timers are always amazed at the size, the excitement and the camaraderie at Saratoga Regattas and this fascinating sport!”

For information on how to schedule or plan a meeting, conference, wedding or sport/special event in Saratoga, visit the Saratoga Convention and Tourism Bureau’s website at www.discoversaratoga.org.

Saratoga Rowing Association's Mission: To strengthen our community by promoting the sport and culture of rowing; foster excellence and integrity in our athletes, and grow Saratoga as a premier rowing destination.